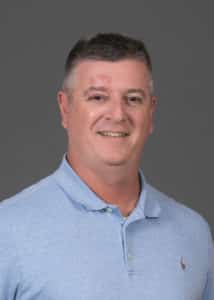 Ken DelleDonne is president of Sunbelt Forest Products, a leading manufacturer of high-quality pressure treated lumber headquartered in Bartow, Fla. In the role, he leads a workforce of more than 400 men and women at four plants in Florida and Alabama.

He began his career with Ridge Pallets in 1991. By 1993, he took a position as transportation manager at Sunbelt Forest Products, a partner company to PalletOne, America’s largest new wood pallet manufacturer. In 2012, he was named president of Sunbelt Forest Products. The culture of openness and access to leadership, he said, is the reason he has been with the company for his entire career.

DelleDonne earned a bachelor’s degree in economics from Florida State University. He is a member of the American Wood Protection Association and the Treated Wood Council, the governing body that sets standards for wood. Through the years, he has also served as a little league coach and president of a high school booster club.

As Sunbelt Forest Products has expanded its footprint across Florida into Alabama, its leaders continue to operate with the same core values as when the company started in 1982. “We are going to do the right thing for our customers,” DelleDonne said. “We are going to give them fair pricing and they will always get an honest answer.”